Yoshimi Battles the Pink Robots is the tenth album by The Flaming Lips, released on July 16, 2002. The album followed directly in the footsteps of the critically acclaimed The Soft Bulletin, but featured a sound that was more outwardly influenced by electronica, unlike the orchestral-sounding arrangements of the previous album. The album was critically acclaimed, and became the group's commercial breakthrough. It was the subject of near universal acclaim, and many outlets called it the best album of the year, and Uncut went as far as calling it the best album released in the magazine's lifetime. The song "Do You Realize??" was so popular that it was adopted as the Official Rock Song of Oklahoma.

There was a controversy surrounding the opening track of the album, "Fight Test," which features a chord progression and melody very similar to Cat Stevens' "Father and Son." Although the matter was settled quietly, and Cat Stevens (Yusuf Islam) is now receiving royalties for the song, Wayne Coyne's conflicting stories on why the track is so similar did not help the matter. He first claimed he was not aware of the similarities until informed by the group's producer, David Fridmann, while in another interview he claims that it was an intentional tribute to Cat Stevens. 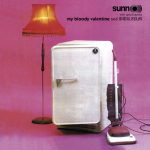 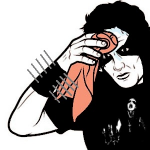