Slowcore is a subgenre of alternative and indie rock, often characterized by bleak lyrics, downbeat melodies, slower tempos, and minimalist arrangements. Slowcore began in the early 1990s, as an act of rebellion against the energy and aggression of grunge. Slowcore is often used interchangeably with the term sadcore

The subgenre is defined by minimal musical backing, most often played at extremely slow speeds. Guitar tone is normally clean and undistorted but feature a heavy reliance of reverb. Melodies linger along at a snails pace, rhythms lurch forward while shrouded in thick atmospherics.

Most acts are condensed to traditional rock instrumentation, usually played at low volumes. Instrumentals are common within the genre as well. Some acts utilize elements of piano, violin, or other instrumentation.

Slowcore tends to resolve their melodies across a greater number of bars. Usually consisting of two consonat notes within two sequential chords that are not joined by a third to 'complete' them for several bars. By delaying this, slowcore enacts a furstration, doubt, or fear of never being fufilled. Bridging musical and lyrical concerns, there can be more emphasis on texture and tone over striking melodies, longer-building as opposed to sudden dynamic shifts, and the use of unusual time signatures,

The subgenre could be considered a vague movement of acts. The demise of grunge would lead to slowcore losing its oppositional status and the genre's constraints were no longer attractive to musicians. The genre cannot be said to exist as a subculture or trend, although leading propnents still remain. 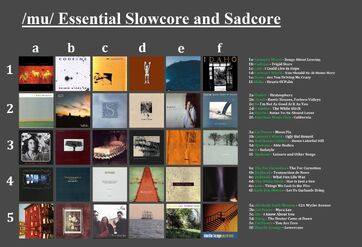 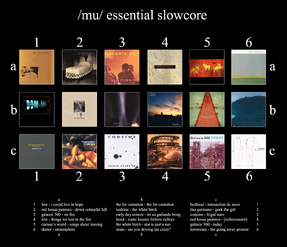 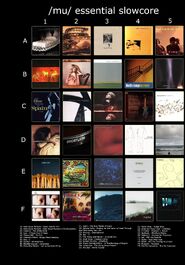 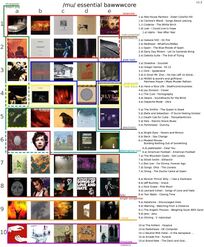