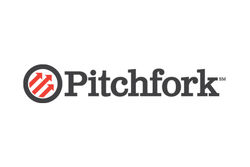 Pitchfork Media  otherwise known as Pitchfork or P4K, is a webzine dedicated to the critique of music, created by Ryan Schreiber in 1995 for the sole purpose of discovering new music. Over time, Pitchfork became known as a website for hipsters owing to Pitchfork's abilities to throw previously unknown bands into the limelight with glowing reviews (see Arcade Fire, Broken Social Scene, Deerhunter, etc. etc.).

Whether Pitchfork is actually good at reviewing music is ultimately up to you, but you should know that there is no more controversial site on all of /mu/, with threads of angry autists spewing hate on the site at an alarming frequency.

That said, p4k-core and /mu/core really aren't all that different, although you'll definitely be called a pleb if your last.fm 3x3s are full of the latest batch of albums to be awarded the coveted status of the site's Best New Music, regardless of how much you actually enjoy those albums.

Secretly though, 99% of /mu/ checks Pitchfork the instant it updates every weeknight and immediately listens to anything above an 8.0.

On October 13th, 2015, Pitchfork announced that it had been acquired by mass media company Condé Nast. Many people, including former staffer Chris Ott, believed that the acquisition would inevitably lead to a change in coverage. Since the acquisition, the site has only become more controversial, as many believe the site now primarily praises and pushes major label pop and hip hop music, as opposed to the indie music that Pitchfork was associated with during the 2000s and early 2010s.

Pitchfork awards albums a score anywhere from o.o (Yes, they gave an album an o.o instead of a 0.0 once) to a 10, with most albums garnering a score somewhere between a 6 and a 7.5. Albums above an 8 are highly recommended by the site, especially those given Best New Music status, which nobody quite understands the criteria for. Some /mu/tants argue that Pitchfork is crap because in their minds anything the Fork gives below an 8 is the site declaring it to be unworthy of listening to, but in reality, albums from 7.0 up are considered to be good for fans of the genre/band, but not essential or groundbreaking works. Use your judgment. Only you know if you like it or not.

This is the official rating key that Pitchfork had on their website during their earlier days.

Album of the Year Winners[]

Song of the Year Winners[]

Albums That Have Received a Perfect 10.0 (Not Including Reissues)[]