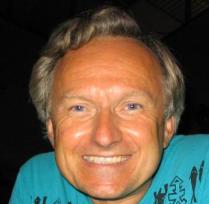 "Why are there age limits? Why is it illegal to marry a 12-year old?" - Piero Scaruffi'

Piero "Crazy Legs" Scaruffi is a legendary Italian-American hiker, historian, philosopher, poet, scientist, and art critic. He runs a website containing his music reviews, poetry, photography, and writings about various subjects. He is likely smarter than you about all all things because he has more PhD's and has fucked more bitches than you ever will. He is by many considered a "master patrician" with undeniable taste such as Korn, Yeah Yeah Yeah's, Aqua, Animal Collective and Xiu Xiu. He is also a prominent leader in the anti-web 2.0 movement. While visiting his site, you may think to yourself that the site hasn't been updated since the late '90s, which is still unknown to this day. He is believed to be sexually attracted to 12 year old girls.

Perhaps he is best known for his essay on The Beatles, in which he addresses a fundamental flaw in the average rock critic's evaluation of the genre. It has, by Scaruffi's own words, "won several international awards as the most professional analysis of the career of pop group the Beatles ever written" (no mention of where these so-called international awards are directed from). The effect of this essay on the board is unmeasurable; /mu/ is torn between appreciating or despising the band and its impact on popular music.

Scaruffi's list of the Best Rock Albums of all Times[]