Musically Oblivious Teenager/8th Grader is a meme that started on /b/ with the "lel so funny" captions saying shit like "Korn? No thanks I'm full", "Arcade Fire? Better put it out!". Unfortunately the meme didn't catch on too well and soon died out.

However, it found a new home in /mu/ where it would poke fun at /mu/tants by claiming those with so-called "superior" musical tastes and opinions are, in fact, plebs. The joke went over many people's heads who were used to the old style of the meme, so it was met with many "i dun get it" proving once again that the people of /mu/ are, in fact, plebs.

Some argue that the things said by musically oblivious teenager are actually true, which makes them jokes-within-a-joke-within-a-joke. These threads are particularly entertaining for those who get every joke because they can watch the angry people spout well-thought-out arguments to something that's a joke. 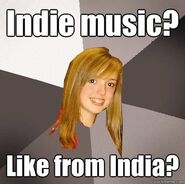 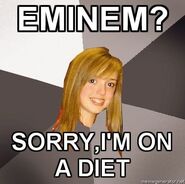 OH I GET IT 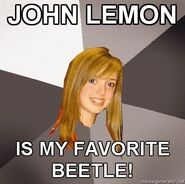 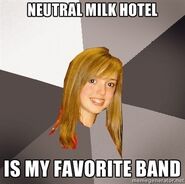 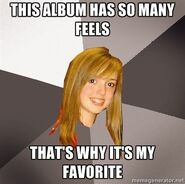 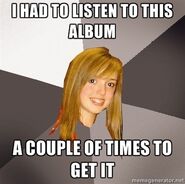 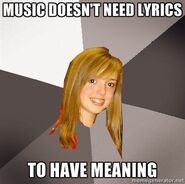 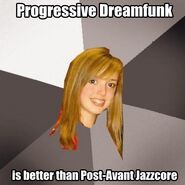 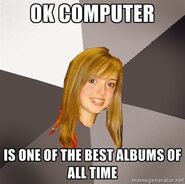 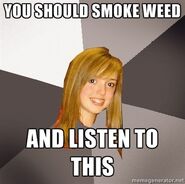 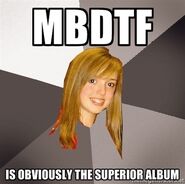 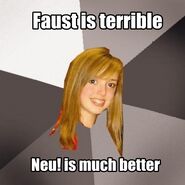 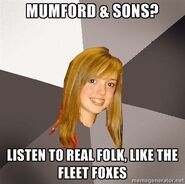 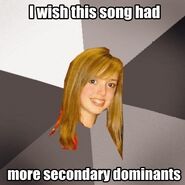 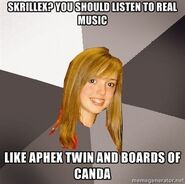 If you found your jimmies rustled by any of these images, you have been successfully bamboozled.