Feels (not to be confused with the 2005 Animal Collective album) are the feelings feelers feel when feeling to P4K, Fantano, or Scruffycore. Most feels are expressed by saying "tfw" (that feel when).

People on /q/ came up with the solution, asking why don't /mu/tants simply just feel on /r9k/, but /mutants/ kindly explained that they don't wanna feel on /r9k/, probably because people from /r9k/ smell bad or something.

After much debate, nothing much has been done to feel threads, except maybe contain them into one thread.

There also exists an official last.fm That Feel group, inhabited by /mu/tants. Its denizens have dubbed it "/that+feel/", attributed to its appearance in the browser address bar. The group was originally made to lessen the quantity of feel threads on /mu/, which ironically its creator would spam on /mu/ 20 hours a day.

The feel guy is an iconic image that /mu/tants worship like a golden cow even though it's just a poorly-drawn MSpaint image of a guy with cancer. 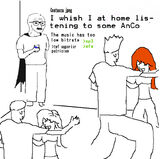 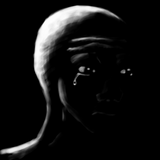 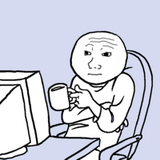 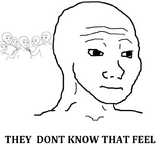 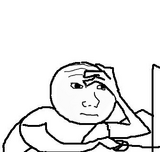 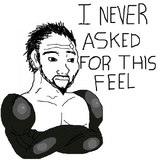 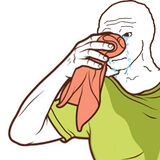 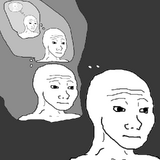