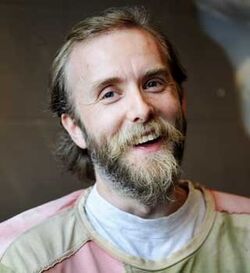 Burzum is the solo black metal project of artist Varg Vikernes. Burzum is one of the most well known and notorious black metal band that rose to fame during the second wave of black metal that was occuring in Norway during the 1990's. The two main reasons for Burzum's fame are the albums he released during the early 1990s, which are often considered classic and essential black metal albums, and for the crimes that Vikernes commited, which consisted of a string of arsons against Norwegian churches and the eventual murder of Øystein Aarseth, otherwise known as Euronymous, who was the guitarist and co-founder of Norwegian black metal band, Mayhem.

During the second wave, Burzum released four classic black metal albums; Burzum, Det Som Engang Var, Hvis Lyset Tar Oss and Filosofem. Filosofem was the last album that was released under the Burzum name before Varg Vikernes went to prison for the murder of Øystein Aarseth.

During Varg Vikernes' time in prison, he released two more albums under Burzum; Dauði Baldrs and Hliðskjálf. These two albums were a departure from Vikernes' typical black metal style, as they are both dark ambient albums, produced on synthesizers due to the fact that Vikernes was limited to the types of instruments he had access to in prison.

Since Vikernes' release in 2009, he has recorded three more black metal albums; Belus, Fallen and Umskiptar, all of which have been met with an average to low response from critics. The latest album from Burzum, which was released on 27th May 2013, is called Sôl austan, Mâni vestan. This album is an electronic ambient album, which is yet again another departure from the typical black metal style, similar to his prison releases.